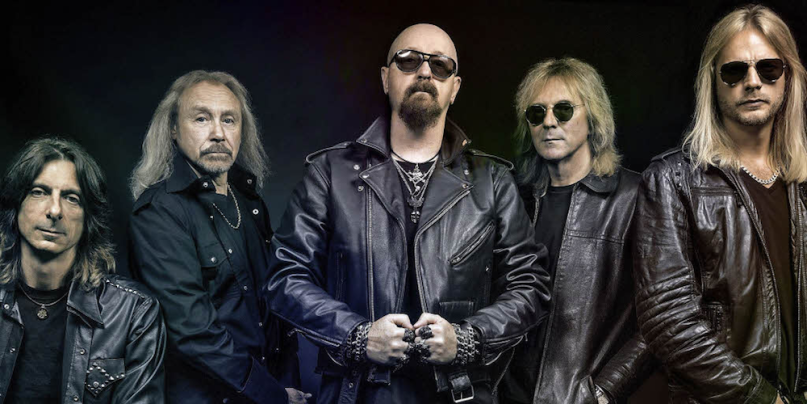 Judas Priest, with Rob Halford as frontman, is a heavy metal band from the UK. The Metal God, with his bald head and a lightning bolt tattooed on one side, is easily recognizable with his black leathers. This is the classic attire of Judas Priest, complete with a long leather coat designed by Ray Brown, the creator of most of the band’s stage clothes.

The English heavy metal band was formed in West Bromwich way back in the year1969, and this means that they have celebrated their 50th anniversary to date and have also sold over 50 million copies of their albums. Screaming for Vengeance was their 8th studio album and this alone sold in excess of 5 million units around the world and double platinum in the USA.

Since its formation, Judas Priest has seen many band members come and go and their popularity grow. The band originally had 4 members – guitarist Ernest Chataway, John Partridge on drums, Al Atkins as the vocalist and Bruno Stapenhill as bassist. Black Sabbath producer Rodger Bain saw their debut album being released in February 1970 and their Paranoid album written about the same time.

Judas Priest had a time of lean years and then in 1996 they came back into circulation. Unfortunately, in 2011 the founding member Downing left the band and was replaced by Richie Faulkner. There has been friction in the bank and now current guitarist, Glenn Tipton, diagnosed with Parkinson’s Disease wouldn’t be touring with the band with their Firepower World Tour.