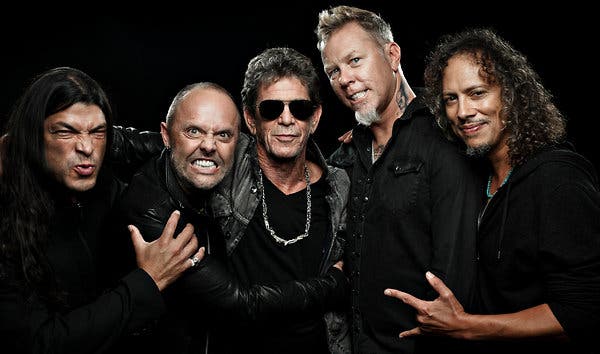 The heavy metal band Metallica was formed in 1981. They were considered one of the most influential bands during the 1980s and ’90s with their early thrash and hard rock sounds. The band expanded the limits of thrash, using both speed and volume to enhance their compositions. It was in 1983, with the release of Kill ‘Em All, which was the start of the legitimization of heavy metal’s underground.

Principal Metalicca members were lead singer and rhythm guitarist, James Hetfield, drummer Lars Ulrich, lead guitarist Kirk Hammett and bassist Cliff Burton. Burton was killed in a tour bus accident in Sweden and Jason Newsted replaced him. They were considered one of the top four founding metal music bands of thrash metal and then released Justice for All which reached the top ten, Shortly thereafter they went on a 2-year tour.

A new image not a good move

By the ’90s, Metallica has become one of the best metal bands, being leaders of the genre, and in fact it seems as though there has never been another band to come close to their achievements. Then came the album Load and the band lost quite a lot of their audience when the band members cut their hair and changed their image.

Metallica has released many albums, a cover album and many singles and music videos, The metal band has also won no less than 9 grammy awards as well as some of their more recent albums ranking at number one on the Billboards. Having sold more than 125 million albums worldwide, small wonder they have been named as one of the greatest artists of all time.